The Nearly Now is a subscription based “anticipatory journalism” project written by Alex Steffen. Alex describes it as “a newsletter of provocative and compelling stories from the year 2025 — stories about people fighting for a better world, on a planet slipping into crisis.” 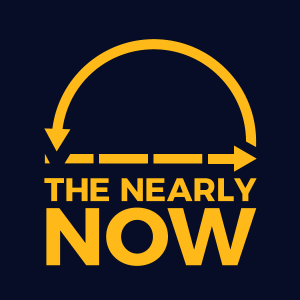 Working as Alex’s Chief of Staff, I helped lay the groundwork for this project. I fine tuned the concept and brainstormed story ideas. I also drafted the logo, based on Alex’s idea, and then contracted a designer on Fivrr to perfect it. I created matching imagery for social media, and used Medium to build the project’s landing page. I spoke with with Medium’s product team to learn more about their membership program and researched the alternatives for subscriber payments before deciding to go with MailChimp in conjunction with Campaignzee.

Alex and I launched the project in late January, 2017, and he’s continued writing on this platform and building his audience of subscribers ever since.

A note from Alison

I’m working on writing journal entries for past and current work, hoping that this will give a more full view of my experience than a resumé can provide.

This website is an experiment, a work in progress, and a project in itself that is yet unfinished. Thank you for your interest and your patience.

For the traditionalists, my recent resumé is here.